Do you want to learn more about Business Process Management? Below you can find a list of BPM related books that I have read and recommend as well as those that I plan to read.

END_OF_DOCUMENT_TOKEN_TO_BE_REPLACED

I recently updated the video about intermediate events for my course on Udemy and thought it can be useful for you too.

END_OF_DOCUMENT_TOKEN_TO_BE_REPLACED

What were your plans for 2016?
Eat healthy food? Exercise daily? Learn the basics of BPM?

If you waited with the point 3 till now, it is a great time to make the first step 🙂

I already covered some great courses for people interested in BPM for 2015 and early 2016 and today I am happy to share with you list of (free) online courses for the second half of 2016.
END_OF_DOCUMENT_TOKEN_TO_BE_REPLACED

Are you using BPMN? If so, chances are that you may be making one of the common BPMN errors which happen not only to modeling newbies but also long time modelers.

In this post I will show you how to use pools and lanes properly and how to avoid common errors. In the following posts you will learn about other problematic areas of BPMN.
END_OF_DOCUMENT_TOKEN_TO_BE_REPLACED

As usual you can join us live as the event will be streamed.

You can register to attend on our Google+ page.

This time we will be creating together complex BPMN diagram (shown below) and passing it to the execution engines. We will also show how additional (hidden) attributes can be exchanged between BPMN tools. 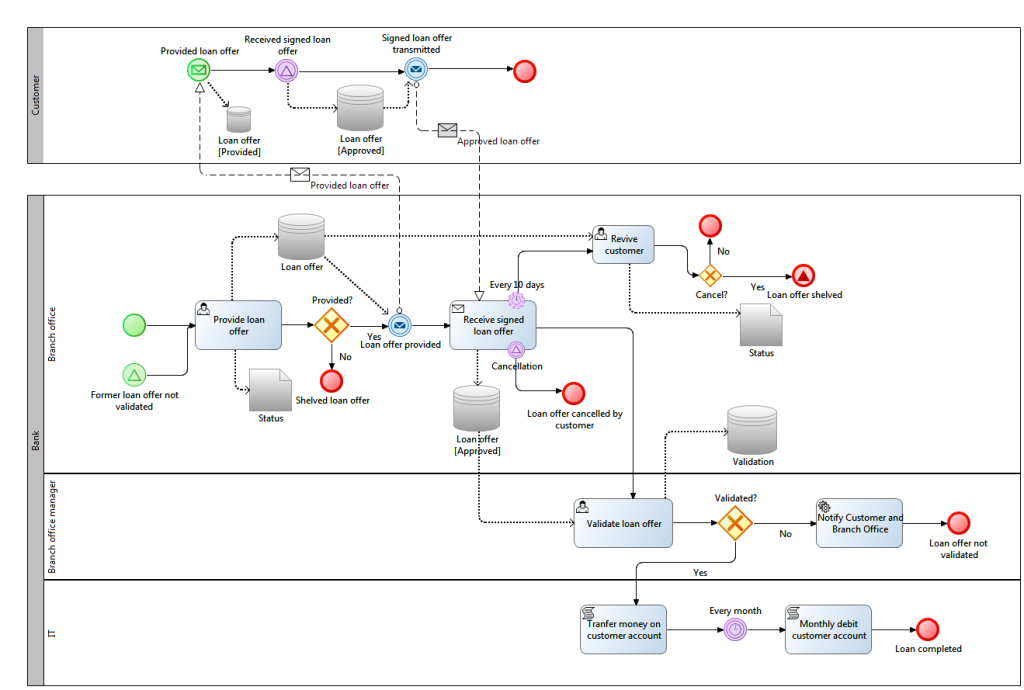 Does it look interesting? Join us live!

UPDATE
We had one more participating company: ModelFoundry

You can watch the demo recording below: 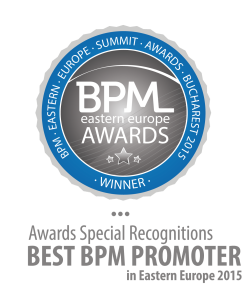 Are you a fresh Business Process Analyst? Or maybe a seasoned BPM practitioner with many years of flowcharting experience?

END_OF_DOCUMENT_TOKEN_TO_BE_REPLACED

Business Process Management is a very broad and dynamic field of studies.

The good thing is that you can always search for inspiration outside your main domain to become better at what you do.

The bad thing is that often it is pretty hard to find time to learn during the working hours and it is not always easy to get approval for the training cost.

And this is where MOOCs come in handy.

END_OF_DOCUMENT_TOKEN_TO_BE_REPLACED

One of the most important elements of every Business Analyst’s toolkit is process modeling, which is also significant activity for Business Process Management professionals.

For BPM market BPMN is now the standard for modeling processes. But is it also the case for BA’s?

To find out what are the best practices, I asked some of the best BA and BPMN experts in the world a simple question:

“Why, when and how should business analysts use BPMN?”
END_OF_DOCUMENT_TOKEN_TO_BE_REPLACED

What do you do when you need to create a process model?

Some people use basic office software and I must say they sometimes create cool models (I had a chance to see complete EPC stencils in Excel and pretty awesome models created with PowerPoint auto shapes).

The problem is that models created this way are cumbersome to update and maintain plus not very easy to analyze.

This is why I created a list of free tools that will make your life easier if you need to create something more than one time drawing.